We are carrying out essential maintenance across ULI websites, so you might not be able to make online purchases or access some parts of our website. For urgent queries or to register for events, please contact customer service: Americas: customerservice@uli.org or 1-800-321-5011  |  Europe: ulieurope@uli.org or 44 20 7487 9570  |  Asia Pacific: asiapacific@uli.org or 852 2886 1620

By continuing to use the site, you agree to the use of cookies. Legal Notices

This post is the second of a two-part series, featuring key take-away from Smith and Oli. 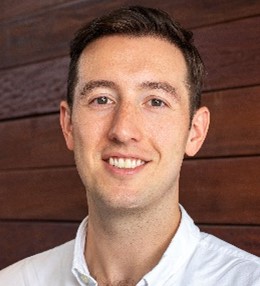 The ULI Fall meeting represented a welcome chance to engage with industry leaders in-person after a tumultuous 18 months. It was a pleasure to connect with some people that I’d only ever met over Zoom, whether in workshops, coffee breaks or evening drinks, the mood was overall optimistic.

My week began with an invitation to the ULI Chicago’s Lifetime Achievement Award Dinner at the Harris Theatre Rooftop where I was fortunate enough to be seated at an engaging table where I was able to meet with young leaders from the fields of affordable housing, feasibility analysis, development, and retail.

During my second day I attended workshops and presentations at McCormick Place. This began with a session focused on what the macroeconomy means for the real estate sector in 2021 and beyond. Following this, as a resident of Hyde Park who spends his days on the investment-side of the industry, I was particularly interested to learn how the development of the Obama Presidential Center began with a focus on cultivating local institutions and fostering the next generation of young leaders within a building, as opposed to meeting an existing “market demand” for space. I left the session contemplating the role that buildings can play in fostering community growth and action.

Equally, I was challenged by a case study of a mixed-tenure residential development in Bronzeville by P3Markets and Habitat. The project, a transit-oriented development, will deliver a mixture of affordable and market-rate housing, as well as retail space near a Green Line station. One of the lead developers, Phil Beckham, told us of how his family had worked in the neighborhood for generations, and how he believed that the project represented the opportunity for positive urban change and equity in his community. To me, the story of this project served as a model of community-led growth and challenged me to consider why this is the first time that I’ve ever heard of a development receiving a standing ovation at a community engagement meeting! I was also struck by the difficulty that developers face when capitalizing Affordable Housing projects – developers face the joint task of not only delivering complex projects, as with market-rate housing, but they must do so whilst juggling an abundance of different capital sources, each with their own terms and conditions.

The IOPC Blue Product Council on Wednesday represented a change of pace, and a chance to learn from case studies of industrial and office investments across the USA. We also heard the decades long story of urban revitalization in Chicago’s West Loop and benefitted from a panel discussion on industry wide construction cost pressures. A particular highlight was the chance to take a sky-high tour of Chicago’s Willis Tower, and yes, I could see my house from there.

Attending the ULI Fall Meeting reminded me of the breadth and depth of the industry’s collective experience and left me feeling part of something bigger than myself, my job, or even my city. Unlike my personal experience of “virtual conferences” which often leave me feeling pretty drained, I left the meeting energized and inspired to make a positive difference to the places that I live, work, and invest in.