This week we discuss industrial & manufacturing, along with choices about how and when we travel back to the office.

Here’s to a long weekend including BBQs and watermelon…we’ll see you back here on July 13th! 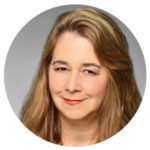 This was a week of firsts for me since the Corona era began. I took the el for the first time since March. The CTA’s promises of clean cars and longer trains where possible were both evident on my Green Line rides, the first at midday, the second at rush hour. The car I got into on that first ride was noticeably clean in the strong light of high summer and the train had more cars than an off-peak run would have had pre-COVID.  During my rides down and back, total occupancy in my car never exceeded five and all but two fellow travelers wore masks. My trip downtown involved an appointment with my dentist. I had cracked a tooth in February and gotten a temporary fix then. The appointment for the permanent solution was postponed several times as neither my dentist nor I wanted to get close before he had his safety protocols in place. The dental appointment, itself entailing certain risks, was the impetus for a series of risky acts – two rides on public transit and several hours in my newly reopened office.

Being in the office felt both weird and energizing (as did the el rides). I fumbled to push the right buttons on my office headset while gearing up for a Zoom meeting. I had to pause to remember how to mute my office phone. But other things came right back and reminded me of what I love about being in an office:  face-to-face interactions with colleagues allowed me to accomplish in seconds what emails strung out over hours or days would have done less well. I was relieved to feel again that sense of clarity I get when I pivot from my desk to my computer to type onto the white screen what I’ve been thinking about, researching about. Most people in our industry have spent time since March contemplating the spatial implications of this virus and all it has prompted. We each bring our own biases and experiences to discussions of where people will chose to live and work. About 25% of our Chicago-based staff have elected to come back to the office since it reopened on June 16. Some come in five days a week; most have opted to split their time between home and the office. I observed some patterns. Most of those I saw during my first day back in my office were extroverts like me. Most were over 30, with jobs that entail coordinating inputs from people across multiple departments or disciplines. Most have kids at home. And most have private offices, allowing them to control their air space. For me, the experience was positive enough that I spent part of a second day there later in the week. And I’ll be back most of the time once the all-clear signal has been sounded. 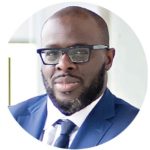 If you are an architectural geek, you know the largest edifice in the world, by volume, is the Boeing factory in Everett, WA.  This humble distribution and manufacturing facility covers 98 acres, has a clear height of a mere 100 feet and represents an apex of design innovation and cultural significance in the United States of America, and lo, the world.

Admittedly, to canonize industrial real estate amongst the likes of the Sears Tower (apologies Henry Willis), the Empire State Building and anything designed by Jeanne Gang or David Adjaye (look them up), might represent heavy hyperbole to most.  But for those seated in the ivory towers of Blackstone, Brookfield, Prologis, Centerpoint, Bridge Development and Duke Realty (Did I miss anyone we’d like to do business with?), industrial and manufacturing centers have been the bell cow of the American real estate landscape since January 2019. Generally, vacancy rates today are low.  Industrial is appealing because the development is much shorter than other product types and are often completed in one economic cycle. Additionally, industrial tenants are driven by utility, functionality and a fit within a particular supply chain. Other product types such as multi-family and CBD office, have more emotional components as part of their success. Retail is driven purely by demographics.

Before we go further, you fact checkers at home please put down your Google machines as the anecdotes I provide here are entirely experiential and reflective of certain – often reoccurring -conversations I’ve had since the start of the domestic age of COVID with users, developers and owners. I generally cite no hard stats in this opinion piece, will not use the phrase ‘pent up demand’ and nor will I wax poetic about onshoring predictions.

The stock market is a leading indicator of large corporate-finance optimism disguised as consumer (the common man) confidence.  What the common man wants most at his doorstep: food, shelter, safe streets and, Jeff Bezos, if you can afford him.  Retail, much to the chagrin of the blowhards out there, is not dead but rather transmuted.  The sector forced to adapt and change to the realities of a new world order, blurring the lines between traditional retail and industrial characteristics and uses. Whereas historically the shopping center represented the last distribution outlet for goods and services, we are now seeing a shift to the front door. In order to get to the porch, you guessed it, you need more and better distribution centers.

MK Asset Brokerage is fortunate to partner with a few companies that transact in a variety of markets.  In the past 15 months, we have completed deals in Utah, Texas, California, Florida, Kentucky  and Illinois.  This allows us to see and understand a meaningful cross-section of America.

There are many other topics we could discuss – safety stock, re-shoring, on shoring, the pandemic spurring e-commerce, financing, investment sales, transportation costs, the age of truck drivers, automation, cube utilization, infrastructure, etc…but granularity and tedium is for academics and philosophers.

I leave you with a quote of the week emanating from a Dallas-based developer with an industrial footprint approaching 20M s.f. in the metro area: ‘Hugh, it’s Thursday, the sun is shining, I’m in Dallas, I’m alive,  I’m 99% occupied, and I’m looking for dirt.’  Not everyone can make a statement with such gusto but generally you would be hard-pressed to find an industrial developer with a national footprint that has a vacancy rate greater than 6%.  The piece de resistance of my Dallas friend’s quote simply posed the following question…’how would you like to own an office building or a hotel right now?’

Icons sometimes fall. When you stand out in the crowd there is always someone coming for you. The Sears Tower is now the Willis Tower, Standard Oil Company no longer is the standard. Michael Jordan missed a dunk…as a Wizard. Boeing is fighting to stay solvent and relevant due to its poor corporate governance and drop in safety standards which have resulted in the loss of human life. The excitement that industrial real estate holds for the investment community today may be surpassed by the next WeWorks (smile) or pandemic driven underground residential bunkers (also smile). One thing we can say with great certainty, is that Americans have to eat and clothe themselves. Unless there is a day when 3-D printing allows consumers and businesses to print EVERYTHING, there will be a need to transport and house goods. It is unlikely, but in the future the magnificent 9801 27th Avenue may not manufacture airplanes. That said, it will produce and distribute something, and like the rest of the industrial sector, it is here to stay and will impact the world in a major way.

If you have questions or want to share your thoughts, email us at chicago@uli.